Here are some of the biggest contractor scams in 2022 that you should be aware of. We will also share some tips on how to spot scammers as well as how to avoid contractor scams.

The first common contractor scam is where the scammer poses as an expert or an inspector and inspects your house without telling you. They then come back with a fake report that says there are major issues with the structure of your house. And then they tell you that they need to fix it immediately.

In November 2022, CityNews reported that a family in Toronto paid a $1,000 deposit for work on their chimney that the family said they didn’t need. They said that scammers went to their house when their mother was home alone and claimed that the chimney was not up to code.

The suspects threatened to file a complaint with the city if their mother did not hire them to fix it. So she gave them the deposit but claims that the work was never completed. In Winnipeg, a man responded to an online ad and gave a large deposit for painting work on his home. He claims that the company never returned his calls or showed up at his house. He later learned that the bad contractor’s website was just a scam and the ‘company’ didn’t do any work.

Scammers create fake profiles and use stolen photos to fool victims into thinking it is them. In November 2022, a company that has been accused of taking advantage of homeowners in Toronto is also said to have stolen photos from legal contractors in the GTA. CityNews said that M.B. Roofing and Masonry had a fake website, fake reviews, and pictures that didn’t belong to them in their photo gallery. The police said that the “company” took large deposits but did not finish the job.

Halton Regional Police Service says that people posing as contractors go door-to-door selling services. They are said to give quotes that are lower than the market value. And once a deal is made, they ask for a large cash payment.

The work may begin, but it will be of poor quality and/or incomplete. After the first part of the job is done, the suspects are said to ask the homeowners for more money to pay for supplies or to finish paying for the job. The contractor vanishes after obtaining the additional funds.

As of August 2022, there have been two reports of this tactic being used. And the police think there may be more victims in Halton and other places. The suspects typically call the victims and ask to meet in person or by phone. Then, they’ll give you an estimate of how much the job will cost, which is often a lot less than what other contractors have said. The suspects may say that this is a special offer for new customers or that it’s a “one-time deal.” Or something like, “If you don’t take advantage of this low price today, it won’t be offered again.”

In August 2022, Peel Regional Police said that a man had been arrested for what they said was contractor fraud in several cities in the Greater Toronto Area. They said the fraud happened over two years, from 2020 to 2022, and is thought to be worth more than $1 million. According to police, the suspect promised contractor home services, received deposits, and used subcontractors. Several of the victims have come forward to say that services never even started.

Top 5 Tips for Spotting a Con:

Now that you are aware of the biggest contractor scams in 2022, you might ask: How do you tell if someone is scamming me?

The answer is that there are many tell-tale signs to look out for. Here are the five most common: What To Do When Scammed by a Contractor

If you’ve been scammed by a contractor and it’s too late to get your money back, take action. When dealing with any type of contractor, you need to be as informed as possible. Homeowners can’t be too aware when it comes to the possibility of being scammed by a contractor. You could be facing a big financial loss and damage to your home, so always make sure that you get references before the work begins. Do everything you can to verify their identity and learn about their reputation for dependability. Avoid websites that are full of scammers, such as Kijiji or Craigslist. Use contractor review websites such as HomeStars to read reviews on potential contractors.

You may also find this blog post helpful: Tips for Hiring a Toronto House Painter How to Avoid Choosing the Wrong Painter Are You Being Scammed By Your Painter? The 7 Biggest Homeowner Mistakes When Hiring A Painting Contractor Since you are seeking a painter, why don’t you give us a shot? We’ve been doing renovations for over 34 years, so you can rest assured that you’ll be happy with the results. We offer free estimates on home renovation and painting projects, so contact us today at (416).494.9095 or Brian@HomePaintersToronto.com to get started. You can also find all of our social media links down below. 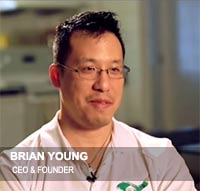 From The Owner & Founder

I’m both deeply honoured and flattered you are considering using our services.

Since 1987 when I was at York University simply earning my way through school, I’ve had the privilege to meet and work with thousands of amazing homeowners like yourself.

Besides the birth of my daughter, there is nothing more satisfying than seeing a homeowner’s life change when we have transformed their dream home into a masterpiece. For that reason, we take our jobs very seriously and are committed to our cause.

At Home Painters our mission is to paint homeowners’ dreams, and make your painting experience last a lifetime!
I look forward to hopefully meeting you one day, as it brings me tremendous joy to make homeowner’s dreams come true.

GET A FREE QUOTE NOW!